I recently came across an odd exhibit in a military commission filing that consists of documents captured by the United States that, in turn, consist of copies of seized U.S. documents.  The exhibit, which is from the military commission in Bahlul, is a collection of captured documents with Harmony number AFGP-2002-800755. That captured document file consists of a collection of published copies of U.S. classified documents seized from the U.S. Embassy in Tehran in 1979.  As described in the exhibit:

The publicly filed exhibit contains only the cover page and a second page on which there was handwriting rather than duplicates of the whole collection. On the cover page, however, the Arabic numerals indicate "39-40" which appears to be volume numbers for the published U.S. embassy papers. Volumes 39 and 40, which are available elsewhere online here and here, do primarily contain what purport to be seized U.S. Embassy records related to Kuwait. 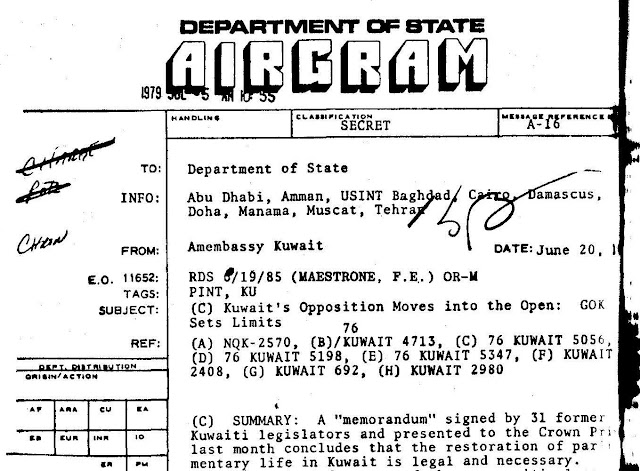