IrishCentral has a piece (thanks to rainbyte) highlighting the online availability of declassified "Secret files from 1968-1979 about Northern Irish policy on education, politics, and security" courtesy of the University of Ulster's Conflict Archive on the Internet (CAIN).  The CAIN documents, which were initially publicly released in late 2010, are digital versions of selected public records relating to "the conflict and politics of the region" held by the Public Record Office of Northern Ireland (PRONI) that were cleared for public disclosure according to a 30-year rule for declassification. 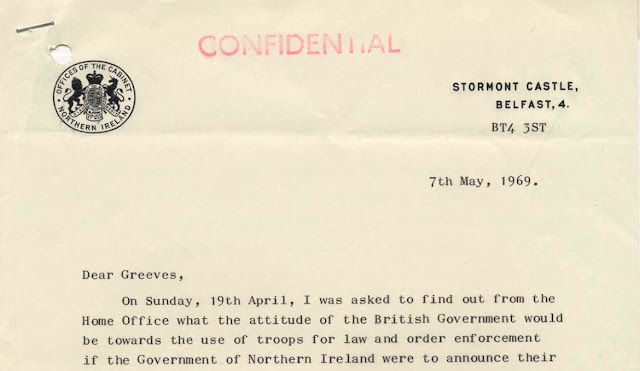