A quick post noting that late last week in the Chabad v. Russian Federation case, Chabad filed its response (here) to the U.S. government's Statement of Interest that opposed Chabad's motion for entry of interim judgment for Russia's failure to transfer custody of the Jewish Library and Archive, known as the Schneerson Collection (background on the case is here and here).

Finally, Chabad directly attacks the U.S. government's assertion that "further steps in the litigation will not be productive" to resolving the issue by filing an affirmation by Seth Gerber, counsel for Chabad, describing how the Court's earlier order allowing sanctions led to direct, high-level negotiations with the Russian Government and "secured the direct attention of Russian President Vladimir Putin." 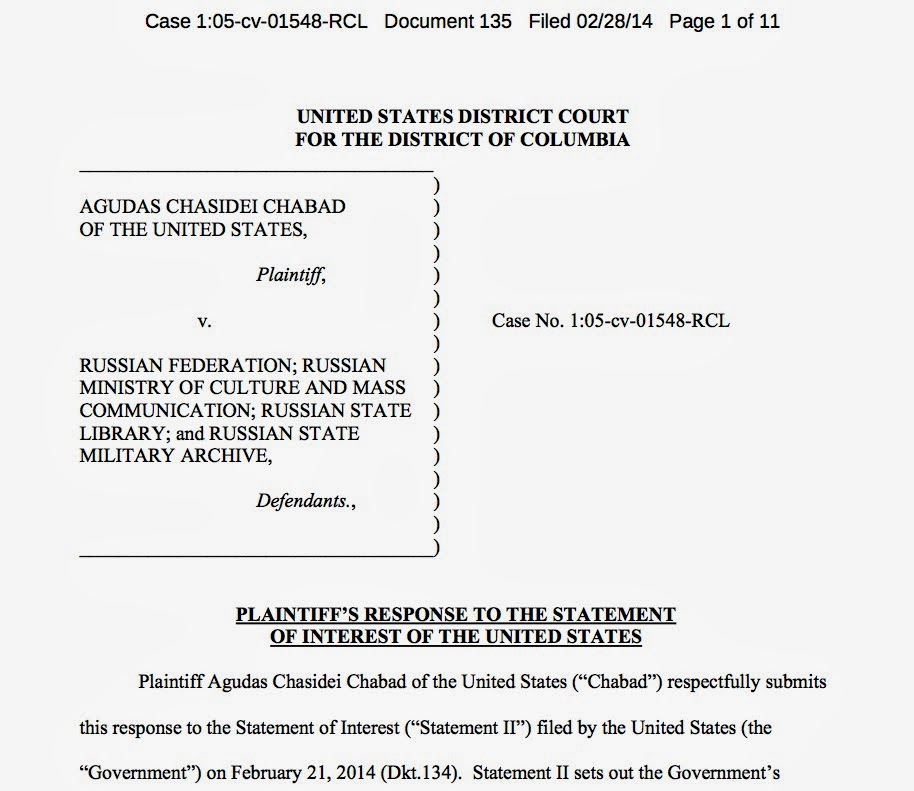