Ian Cobain had a lengthy special report in the Guardian over the weekend entitled "Rendition ordeal that raises new questions about secret trials" that provides further details on the documents captured in Tripoli as the Qaddafi regime fell (thanks Emptywheel).  Based, in part, on these documents both civil lawsuits and criminal investigations are ongoing.

Cobain tracks in impressive detail the rendition of Abdel Hakim Belhaj, and his pregnant wife, to Libya, relying in part on a captured "secret CIA flight plan." The report is also accompanied by the posting of several other new documents that were previously captured in Libya here, here, and here. 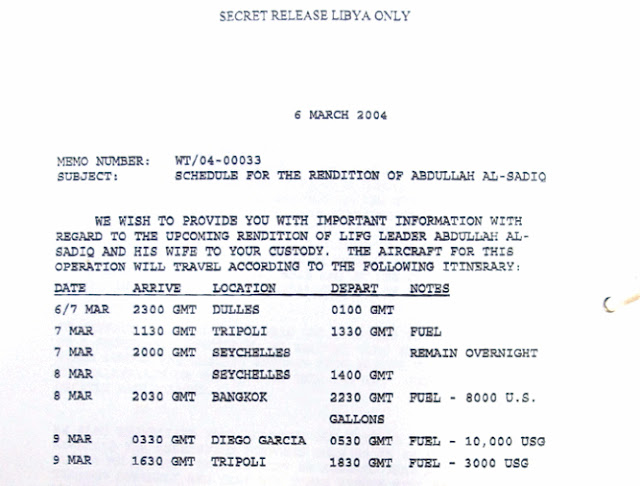