Michael Leeden has a piece on the Daily Beast entitled "Remembering The Invasion of Grenada 30 Years On" (thanks to Kevin Woods), which highlights some interesting details about both the invasion and the documents seized by U.S. forces there (previous coverage of the Grenada documents is here).  Leeden states:


In the course of the US occupation, the archives of the New Jewel Movement regime—some 35,000 pounds’ worth of documents—were captured, and, after being sprayed for scorpions and spiders, flown to Washington.  The late Herbert Romerstein (as an employee of USIA) and I (as a part-time consultant to the Departments of State and Defense) were asked to organize the documents into an archive.  The work took a bit more than a year, and in November, 1984, we published a selection of documents, and shortly thereafter the whole lot was made publicly available in the National Archives.

The US military was not the only source of documents.  The diary of Prime Minister Maurice Bishop was found by some adventurous journalists from Soldier of Fortune magazine, and they swapped them with us, in exchange for copies of “our” documents.

It’s rare that one gets such a clear documentary picture of a secretive totalitarian regime and, aside from some Spanish-language material, it’s all in English.

The collection of Grenada Documents chosen by Leeden and Romerstein (they also wrote the introduction) is called Grenada Documents: An Overview and Selection the Daily Beast piece links to the Amazon page - the full-text of that publication is, however, available online here courtesy of the HathiTrust Digital Library as well as here. 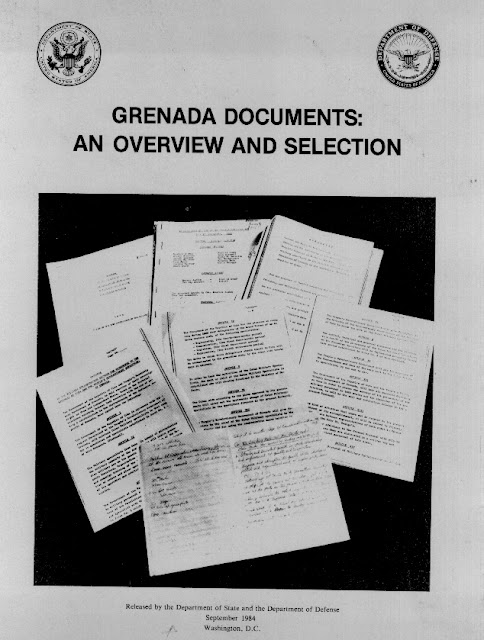