A quick follow up on Judge Lamberth's recent invitation to the U.S. Government to provide its views regarding possible contempt sanctions against the Russian Federation, the Russian State Library, and the Russian State Military Archives for failing to surrender a Jewish library and archives in the Chabad v. Russian Federation case (for full background see here and here).  On Friday the U.S. government filed a two-page "status report" which asked for additional time until August 10, 2012 to respond noting: 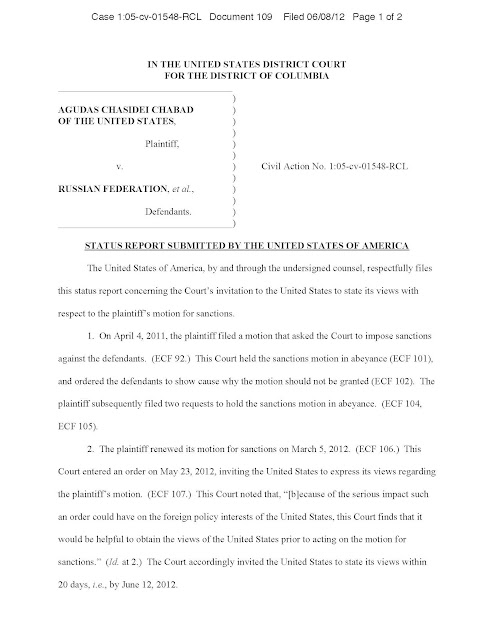