As has been reported in the news, Iraq recently sent this letter to the UN Security Council, which notes two things.  First, at the Security Council's urging Iraq has formed a high-ranking committee for "coordinating the efforts relating to Kuwaiti national archives" that have not been returned since the 1990 Iraqi invasion of Kuwait.  Second, letter states that, as a small gesture:


The Minster for Foreign Affairs of Iraq sent a letter to the Kuwait Embassy in Baghdad regarding the existence of 136 microfilm cassettes that include the official archive of the official newspaper, Kuwait Today.

The cassettes are in good condition and ready for transmission.  The cassettes were handed over by an Iraqi citizen to the Iraqi Ministry of Foreign Affairs. 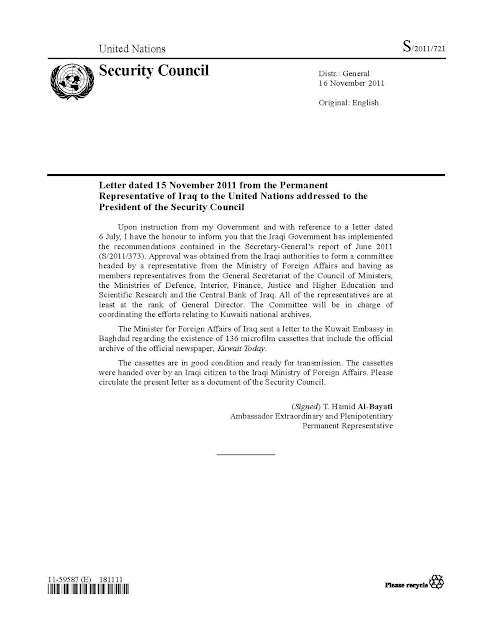