As nearly every news source has reported, West Point's Combating Terrorism Center (CTC) this morning posted 17 documents seized from the Abottabad compound.  They are numbered SOCOM-2012-0000003 to SOCOM-2012-0000019.  You can download them as zip files here or individually from the CTC's Harmony Program here and the CTC's summary of the documents is here. I have also added the SOCOM documents to the Captured Documents Index.

The small number of documents released, which the CTC's own report - "Letters from Abbottabad" - characterizes as "only a fraction" of the seized documents, is a bit disappointing.  This has led to, and will lead to more, complaints (whether accurate or not) that the released documents were carefully cherry-picked to support a certain narrative about Bin Laden and Al Qaeda.

Interestingly, the CTC also posted some newly public AFGP Harmony documents that are cited in its report, which I link to below for convenience and have also added to the Captured Documents Index. 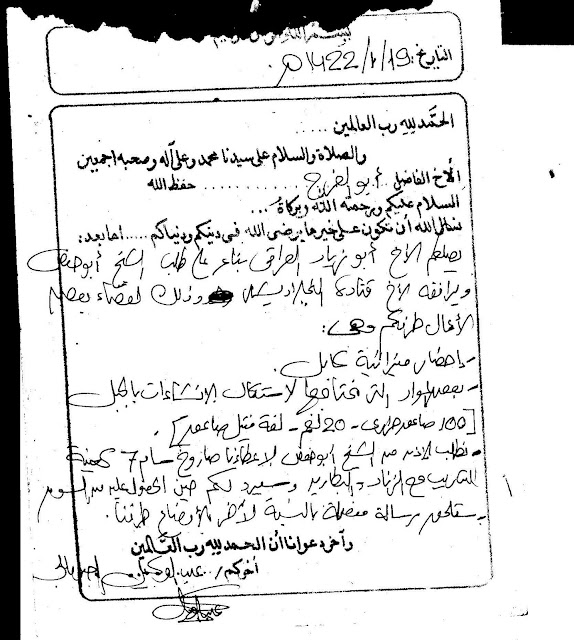