Following up on an earlier post on the ongoing controversy over the Iraq Jewish Archives, check out this document from Donald Rumsfeld (available at the Rumsfeld Papers Library) dated May 31, 2003 which is perhaps the documentary beginning of the controversy. Rumsfeld states:


I am told somebody found a cache of documents in the headquarters of the Iraqi Intelligence Secret Police in Baghdad. The report indicates the documents are under water, and that some portion of them relate to the history of the Jewish Community in Iraq.

Rumsfeld also notes that he was "told that Hebrew University has offered to take possession of them, restore them and make them available in some appropriate way." 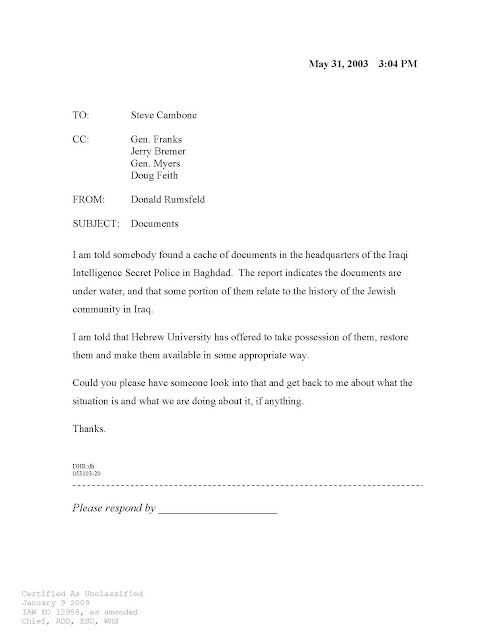